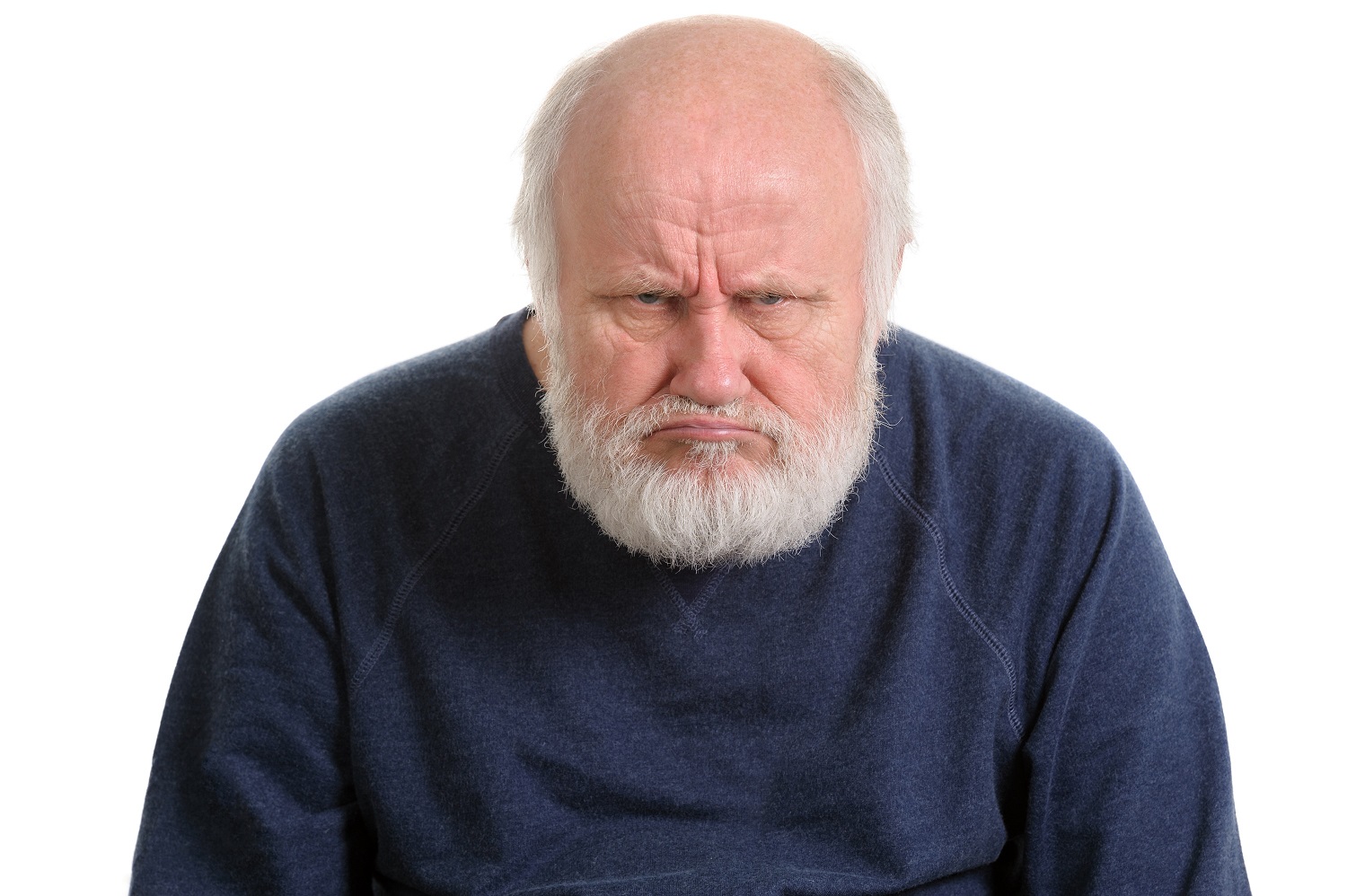 We’ve all heard the phrase “grumpy old men.” In fact, there was a blockbuster movie series by that title in 1993.

Generally, the older a man gets, the grumpier he becomes. As I get older, I have noticed the same thing, especially among my peers as they enter into the last phase of their lives.

By the time a man gets into his 60s, you’d expect him to be on top of the world. His kids are likely out of the house and grandchildren have appeared on the scene. So he’s usually relieved of parental responsibilities and able to spoil his grandchildren before sending them home.

He’s either retired or about to retire, so he shouldn’t have the pressures of commuting and working. If he was smart, his financial future is secure, and now he’s got more time to do what he really wants to do.

Yet, men seem to be exceedingly grumpy the older they get. I’m convinced it is due to a lack of purpose – something worthwhile to get them up in the morning.

When they were working, they had something to do. They had power, prestige and respect. They were seen as important contributors with a significant role to play in the company.

But, when they retire, all that evaporates faster than an August rain in Phoenix. The emails stop and so do the phone calls. There aren’t any meetings to attend, reports to produce or important decisions to make. Even if they had to punch a clock, when they stopped working, the paychecks ended, too.

For men, a paycheck is not just a reward for their contributions, but validation that they are, indeed, important.

It’s even worse if men felt pushed out of a job before they were ready to leave. Then, they have to deal with feelings of abandonment or betrayal as well.

When their days are filled with nothing more than walking the dog, endless hours of mindless television or scrolling through destructive news and social media posts, then, without something positive to fill the void, their minds descend even further into negativity.

They become so desperate for purpose that anybody’s business becomes their business as well. They become sticklers for enforcing rules as though that alone gives meaning to their lives. Consider these examples:

To live a life without purpose is a horrible position to be in. It is a vicious circle that sucks joy out of living and forces men to further isolate to avoid interacting with people, which causes even more depression.

When the highlight of your week is to sit around a table at McDonald’s with a dozen other grumpy old men rehashing the same world problems you did last week, and retelling the same stories from their heyday, then you know there’s not much hope for things to improve.

When you don’t read books to improve your wisdom, knowledge or insight, but stop whatever you’re doing to read the latest news story notification that pops up on your phone, then you know your mind is slowly wasting away.

When all you can do is send one spam email after another to your friends and family promoting the latest fear-mongering news story or silly video you just watched on YouTube, then you may be grasping for anything that could provide validation for your existence.

When you put all your hope in a person or political party winning the next election, or a certain team winning a championship game, then what happens if the situation doesn’t turn out they way you hoped? You’re left with even more depression and feelings of hopelessness.

According to author John Eldredge, every man needs a battle to fight, a beauty to rescue and a great mission in life that transcends even his home and family – a cause to which he is fully devoted.

The mind needs something to engage it in productive creation. Without it, a man will subconsciously fill the void with anything else.

Fortunately, there is an antidote for Grumpy Old Man Syndrome. It’s having a purpose for your life that motivates you into action to help other people.

Helping others is really the only way to recharge your batteries and improve your outlook. Whether you worked in a factory or an office, that’s what you did on the job – help others in some way. You could see accomplishment at the end of the day and a received a financial reward at the end of the week.

I experienced Grumpy Old Man Syndrome starting in 2017 after my business was forced to close and I suffered from a minor stroke the next year. For three years, I kept asking, “What am I supposed to do now?” and “Is this all there is to the rest of my life?” Then COVID struck and virtually eliminated all healthy distractions overnight.

Watching hours of mindless television and surfing the internet proved to be fruitless. So did sleeping for hours on end. It left me depressed, hopeless and angry.

Fortunately, a friend snapped me out of the slump by suggesting my purpose may be to help other men and women to recover theirs – and Forward From 50 was born.

How to you find purpose when you seem to have no options? That will be the subject of my next blog post.