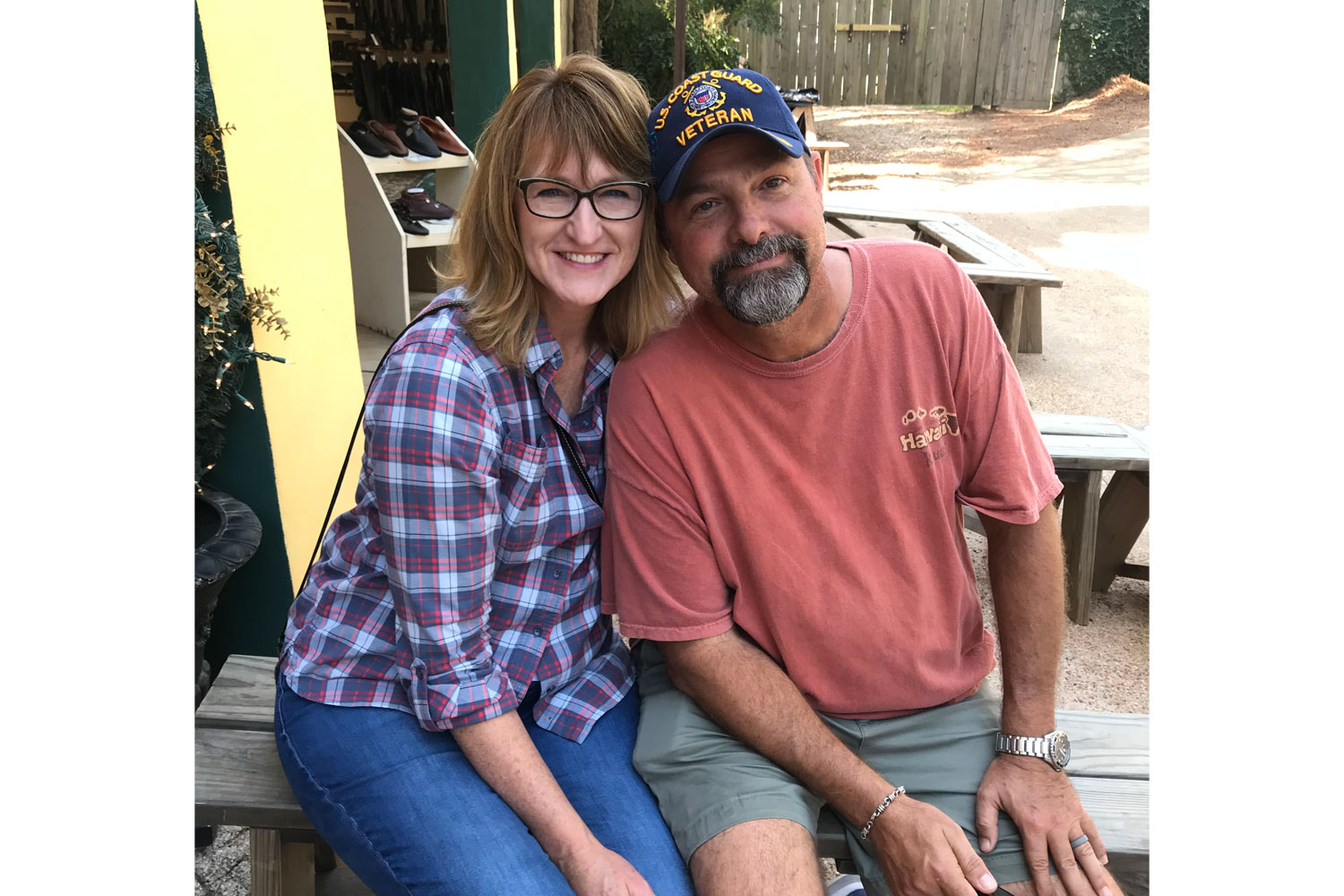 This the first time I’ve ever interviewed a couple where both people share the same first and last name.

Chris and Chris Clement live in Houston where she schedules natural gas supplies on pipelines for an energy company and he works in residential construction.

They recently sold their home and moved into a fifth wheel recreation vehicle (RV) in preparation for traveling around the country.

“I didn’t think I would ever say this, but I like not having all the clutter around me anymore,” said Mrs. Clement. “It’s just easier to keep track of everything.”

They have already traveled to Arkansas, Missouri, Tennessee and several areas of Texas. But, they’re trying to retire early because they know there is a big country remaining to explore. Downsizing was required because the couple knows they couldn’t live their travel dreams if they still had to support a house and put kids through college. He has two boys and she has two girls.

The impetus to retire early and travel has created a new sense of purpose for the Clements. He wants to retire by Aug. 1 and has already submitted his notice. She is still contemplating an official retirement date.

In the meantime, they are stashing away money and investing more so they have greater resources at their disposal when they start traveling.

Once they are free of their career responsibilities, the Clements want to make one or two RV trips to determine what they want to see first, then they’re going to support their lifestyle by Workamping. It’s a way to earn money by working short-term full- or part-time jobs for a season or two before moving on.

“The biggest thing we have had to learn since moving into the fifth wheel is to become self-reliant and be able to fix things on the fly,” he explained.

For Mrs. Clement, her biggest challenge is paying closer attention to planning by making campground reservations months in advance to ensure space will be available when they want to visit a certain area. The first place they want to visit is Albuquerque to attend the Balloon Fiesta in October.

“That’s going to be our maiden voyage,” she explained.

Mr. Clement wants to visit the Pacific Northwest and spent time in Yellowstone as well. To prepare, he plans to take classes at the National RV Training Academy in Athens, Texas, to learn how to maintain their own RV and to fix others as well. Demand is high for mobile RV technicians, so it’s work he can find and perform everywhere the couple plans to travel.

The Clements’ children support their parents’ decision to travel, even though it means they won’t see as much of mom and dad as they had in the past.

“We haven’t had any pushback from anyone and nobody has told us we’re crazy,” said Mr. Clement. “Everyone has cheered us on, including our families and the people I work with now.”

“We began researching the RV lifestyle by watching YouTube videos of other RVers describing their experiences. Eventually, we became convinced this is something we could actually do,” Mrs. Clement added.

No special training will be required for them to pursue this lifestyle because many of the Workamping jobs don’t require unique skills to perform.

Yet, he will be able to put many of his current job skills to work performing maintenance at campgrounds and for other employers. She has experience working on computers, which is another frequently-sought job skill Workamper employers frequently mention when posting job announcements.

The key to creating an enjoyable and purposeful retirement is to lay out a plan to know what you can do financially, Mrs. Clement explained.

The Clements launched a YouTube channel of their own to share things they’ve found helpful in preparing for their new lifestyle. It’s called Trippin’ With The Chris’ and they talk about places they’ve visited, modifications they’ve made to their fifth wheel, and lessons they have learned on their journey so far.

We’ll check in with the Clements again in a year after they’ve had some time to travel and be Workampers. However, they’re showing that it doesn’t take a lot of money to change directions and live a new life long before many people are expected to retire.