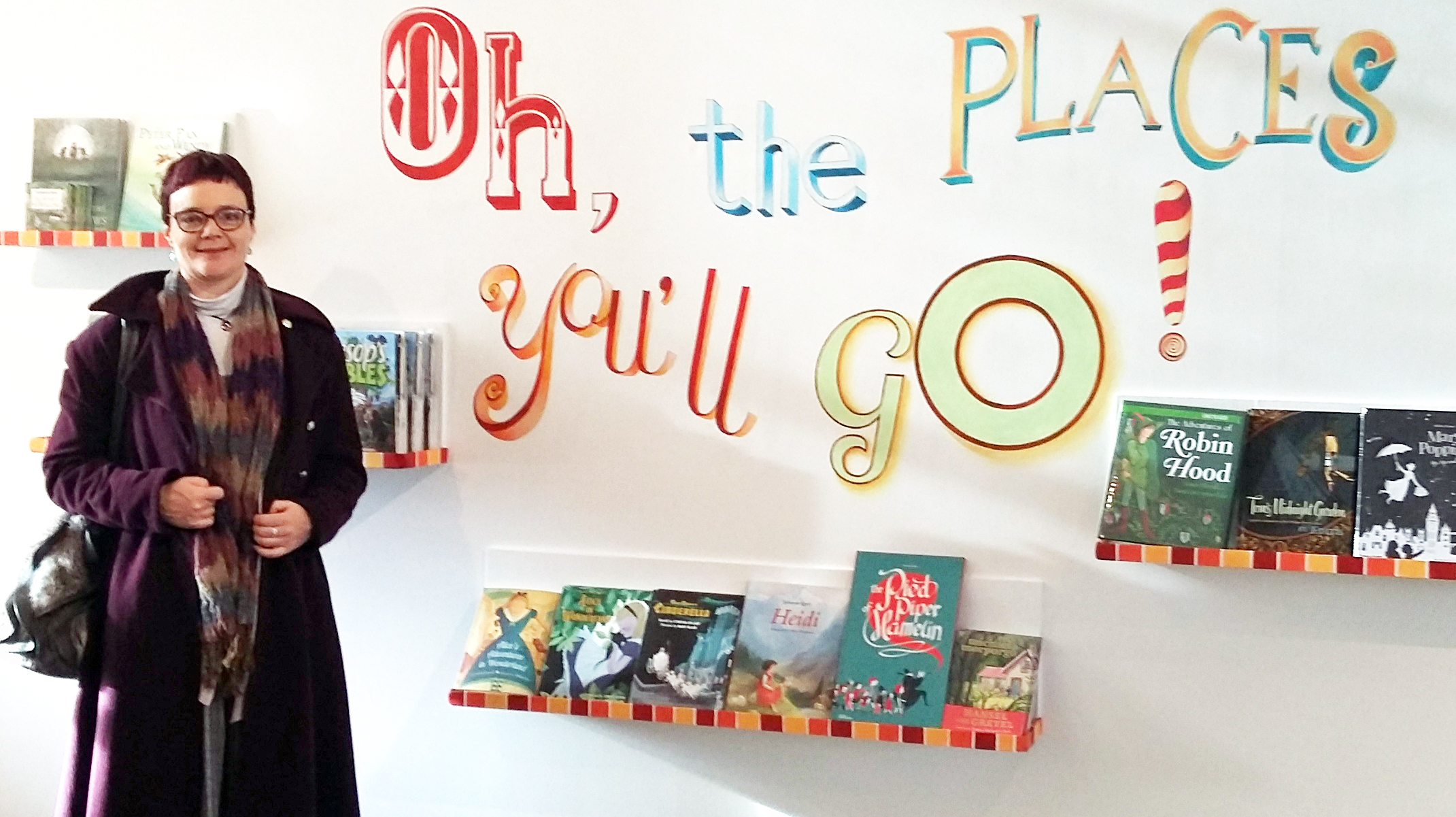 Today, I am featuring a woman who is a resident of the United Kingdom who discovered how to reawaken long-dormant dreams not only for her career, but for her heart as well.

Born in Lancashire, England, and now living in Yorkshire, Gill Bentham went into nursing directly out of high school. She loved the whole idea of being involved with people, especially one-on-one.

Gill’s parents supported her career decision, although her art teacher was extremely unhappy when she chose that path rather than following her dream of becoming an artist.

As her career progressed, Gill focused on palliative care in a hospice environment. She became a lecturer teaching medical professionals about end-of-life issues and how they can better control a patient’s pain by manage symptoms.

However, Gill wasn’t doing much to sustain her own personal growth to the point she felt nourished and refreshed. Art had always done that for her when Gill was younger, and so did journaling. Over the years, her writing skills improved to the point she started writing about a common theme in her life – frustration.

Gill’s frustration stemmed from having suppressed her creative energy and agreeing with others that she needed to pursue nursing rather than become an artist.

After turning 43, Gill’s life took an unexpected turn. She went through a messy divorce and lost her ministry after a flood ruined her church. It took Gill almost eight years to recover from the pain of all that happened before she could embrace life again.

Gill was spot on in describing her feelings of frustration. I think many of us experience that when we abandon what we’re naturally inclined to pursue for more practical vocations at the urging of well-meaning friends and relatives.

Fortunately, Gill realized she had a responsibility to welcome change and to put certain things in place to create more opportunities than she could by simply sticking her head in the sand.

I loved her story about when she decided to open her heart to the possibility of being in love once again, Gill met a wonderful man who was literally, just down the block for most of her life. I’ve heard it said that God often hides things from us only to give them to us later when we’re ready to receive them. That appears to be what happened to Gill.

She offered some outstanding advice when she noted people don’t have to be narrow-minded about what the second half of their life looks like. Even with the typical issues and struggles with which people over 50 have to contend, they can find have joy and optimism on the horizon instead of just looking backward with regret.

Today, Gill wants to make people stop in their tracks, be honest with themselves, and dig out those dreams and visions which have become dry and rusty. Today, she is more focused on her legacy rather than her destiny. Her life became more focused on what she can give and leave for others and the difference she can make in their lives.

Whatever you’ve wanted to do, even if it’s something physically difficult to do now that you’re older, Gill insists there is a version of your earlier dream that you can still pursue and it will be very rewarding.

To connect with Gill, visit www.gillbentham.com.