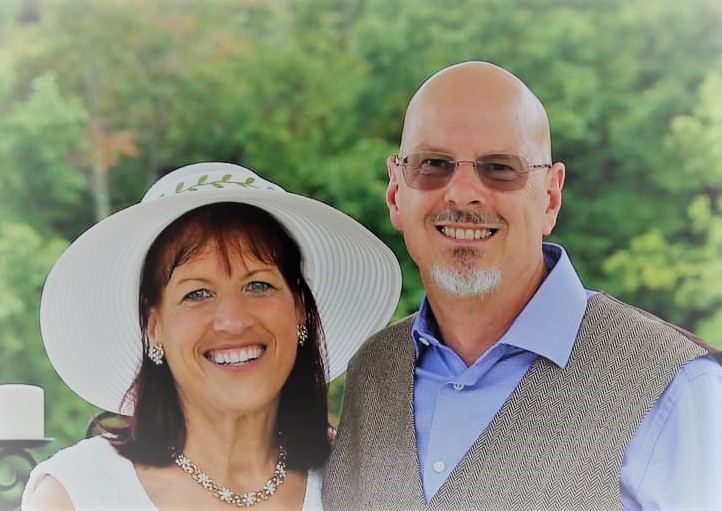 Steve Rupert grew up in Michigan, but he moved 21 times since 1987 before finally settling down in Fredericksburg, Va., after meeting Patti, the love of his life, to whom he was married in September 2021.

Prior to turning 50, Steve had multiple careers. His first stage involved working as an electronic technician in the Air Force where he was stationed in the Philippines and Oklahoma. He did that for nine years.

Then, in the mid-1990s, he worked in the telecommunications industry at jobs that took him to several different states. But, Steve kept bumping into a ceiling on all the jobs because he lacked a college degree. So, in 2002, he went back to school to complete his bachelor’s degree. Then he began working in project management positions until he wound up working for a wind turbine company is Washington state. Family pressure nudged him to return to Virginia.

After turning 50, Steve’s life changed when he found true love for the first time. He had been married twice before, but he got involved in relationships for the wrong reasons, he explained, noting that he was filled with self-doubt and wondering what he was doing wrong that caused his other relationships to fail.

That all changed after a chance encounter in Great Falls Park near Washington, D.C., shortly after Steve turned 50. Hiking along the trails requires people to scramble over loose rocks and some rather large boulders. He was with a group of strangers and just chatting with others as they hiked.

It didn’t take long before Steve thought his new friend, Patti, might be a kindred spirit. They wound up talking for several hours that night, then went out the following night to a restaurant where they continued to talk for hours – stopping after realizing the restaurant had closed 45 minutes earlier.

The experience taught Steve a lesson that had evaded him earlier in his adult life, and that was to simply be himself rather than trying to pretend to be somebody else. Prior to meeting Patti, Steve had spent most of his life trying to make other people happy, which meant he had to become the type of person they wanted him to be.

He finally understood it was up to him to make sure that he kept himself happy rather than relying on other people for affirmation and personal happiness.

But, during the same time, Steve was forced to change careers again after he had been putting in 60 to 70 hours a week on a project. He was emotionally and intellectually exhausted, and it showed in his attitude. In fact, he wound up being terminated by his employer.

Steve knew he needed a new job, but this time he would be really picky.

Steve’s story resonates with me on several levels. First, he realized trying to make everyone else happy only made him miserable. The disease to please sucked the joy and purpose right out of his life and it reflected in his attitude. That only compounded Steve’s problems and made the situations and relationships he was involved in even worse.

An old adage explains that a lion who is trapped in a cage all his life no longer realizes he’s a lion. The same holds true for people. When they try to please everyone else by trying to live up to their expectations, it’s very possible to get trapped in an unfulfilling life.

Steve’s wife, Patti, admitted that she’d rather see him happy by working at a minimum wage job rather than having a lucrative position somewhere, but working a lot of hours. How many of use have stuck with jobs we hated simply because we liked the security of a paycheck?

I’ve talked to so many people over the years who say they dislike their jobs and the people they work with, but they can’t afford to leave because of “the benefits.” When they realize that happiness and career fulfillment are some of the most priceless benefits to life, they start to understand they can buy whatever other benefits they need on their own.

In the end, Steve started his own company as a mobile RV technician and RV inspector because it gave him total control over his income, schedule and the people he worked with. We see that in movies all the time – people who have amassed great wealth, but have no time to enjoy it and no people to enjoy it with because the job took so much out of them that they didn’t have anything left to invest in relationships.

The business Steve selected was ideally suited toward his unique skills. Most of his adult life has been spent troubleshooting and solving problems. With the inspection business, now he could work as much as he wants to and even set his own schedule.

That means he has the freedom to pursue things he is truly passionate about. I know Steve Rupert will be tremendously successful now by working at a job he enjoys and spending time with a woman who loves him for who he truly is. People can connect with Steve on Facebook or by visiting www.sunriservservices.com.

Next week, you’ll hear a woman’s perspective about starting over in a new career and finding love after turning 50. I’ll have that interview on the next episode of the Passionate Purpose podcast. Thanks for listening. If you like this show, please consider leaving a review wherever you download the episodes.