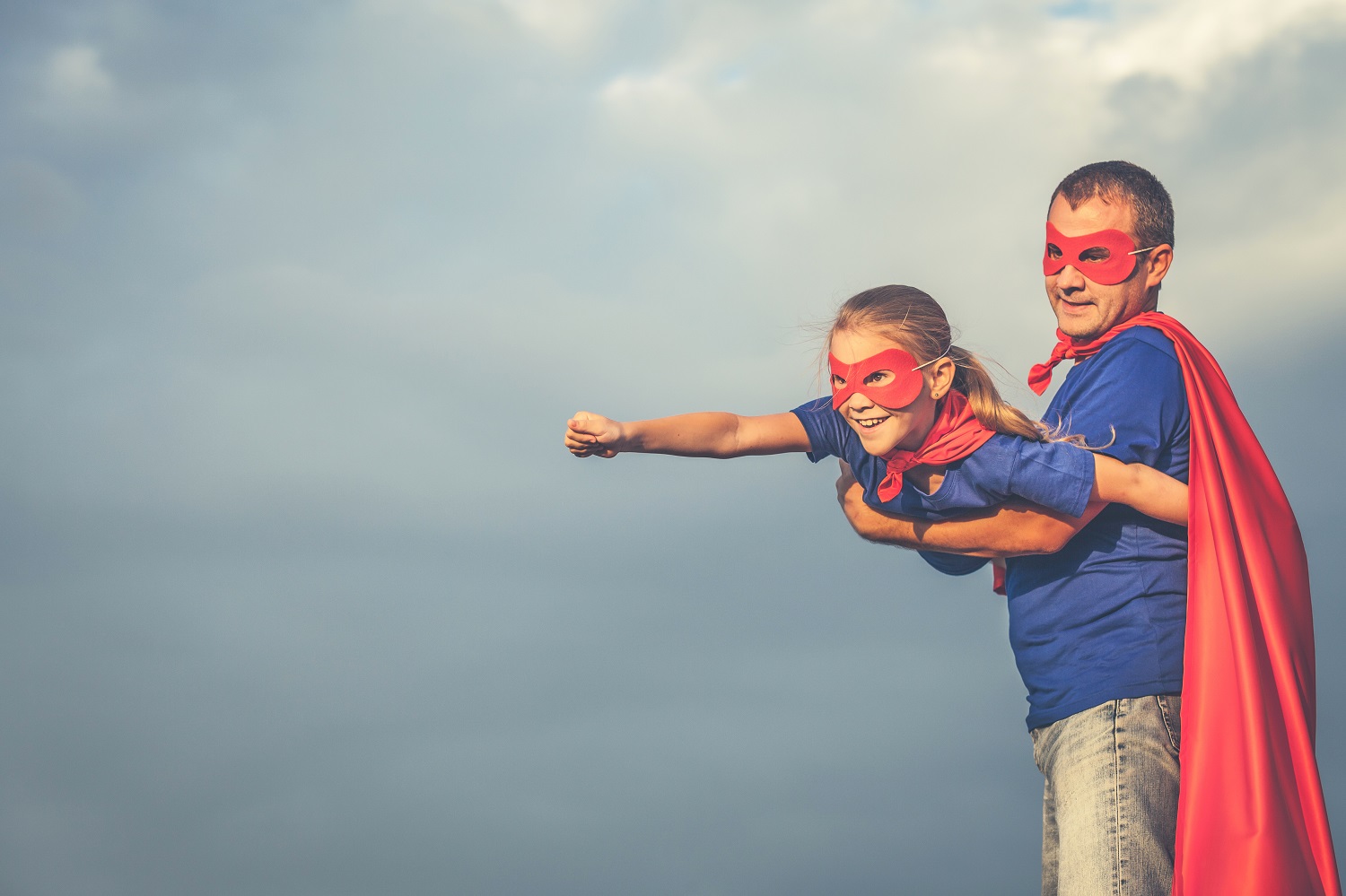 Note: I wrote this in 2007 for a website that no longer exists. However, the message is timeless.

This Sunday marks my 21st Father’s Day. I guess you could say it’s a milestone event.

I still remember that morning of Oct. 16, 1986, when my first daughter was born. While I was warming up to the idea of becoming a father when my wife was pregnant, the reality of the situation didn’t sink in until the morning of my daughter’s birth. Watching the whole birth process unfold was captivating.

I could appreciate a line in the movie Juno where an adoptive mother tells a pregnant teenager that all the articles say women become mothers when they learn they are pregnant, but men don’t become fathers until they hold their baby.  That was certainly true for me.

Just holding Kristin in my arms was truly a life-changing event. I will never forget those big brown eyes belonging to this perfectly-formed little body staring back at me with the expression, “Buckle up, dude, I’m taking you on an adventure.”

The real effects of that change weren’t completely obvious for another eight years, until I surrendered my life to Jesus. In fact, I suspect the transformation still isn’t fully complete.

At the time, I knew a tiny baby girl could fully develop from something the size of a period in less than 270 days, That’s biology. But, holding Kristin immediately shattered a long-held belief about evolution because that young lady most definitely had been created.

My idea that boys and girls were virtually identical was also shattered. They aren’t. Not by a long shot. Daughters are like little wives – complicated in many respects. Yet, through all the tough times, nothing on earth beats having a daughter voluntarily crawl up on your lap, or walk up and wrap her arms around your neck to give you a big hug. Then, all the world’s problems simply melt away.

As I started down the road to fatherhood on Oct. 16, 1986, I was as confused as any guy about what it would take to be a good dad. All I knew for sure was that I didn’t want to screw it up.

That feeling lasted about 10 days before I realized being a father was a learn-as-you-go experience. There were no instruction manuals. No Internet. No father’s support groups. Only a handful of books, most of which were written by women telling men how to raise daughters.

My job as a new dad was greatly complicated by the fact that I didn’t have one myself. My parents were divorced when I was 8 years old and I saw my dad, maybe, eight times a year. He died before my 20th birthday.

What little influence he did have on my life was generally positive. We made the best of the situation, especially when both of us would get up early and go golfing during those rare visits. But, we never had any real father-son talks and by the time I really needed a dad to teach me how to be one, he was gone.

Father’s Day has always been a bittersweet holiday. Growing up, it reminded me that my dad was absent. Sure, he cared and would do his best to maintain a line of communication as best he could from 90 miles away. But, I never learned sports, never went hunting and, until I found Boy Scouts, never really did guy things. My grandfather died the same year my dad did, so, after 1980, there really wasn’t a reason to celebrate the holiday.

After becoming a parent myself, Father’s Day remained bittersweet. I remember vividly the three years there was no recognition from either of my three daughters or my wife. In fact, I can’t remember the last time I got a gift from each daughter on Father’s Day. Someone who always had money for movies, CDs, DVDs, snacks, lunches with friends, earrings, clothing, magazines and makeup often found herself broke by the third Sunday of June.

Yeah, it hurt, but it demonstrated to me exactly how little value our society places on fathers. I guess we are like electricity in that people often take us for granted until we aren’t there. Or maybe it’s that people treat fathers like they do God – they call on us to clean up their problems and then set us aside confident we will always be there the next time we’re needed.

Through all the years, I just kept plugging away determined to continue doing the right things as best I could so as not to screw up my kids. After all, that’s how the media portrays fathers – as perpetual screw ups, irrelevant cash machines with antiquated ideas, or so completely self-absorbed as to be ineffective.

We’re either portrayed as buffoons or as super fathers, like Heathcliff Huxtable, the beloved Bill Crosby character who always made things right for everyone. He set the bar so high for fathers, most of us felt completely inadequate even trying to achieve that level of patient involvement in the lives of our children.

Then another DODO (Dad of Daughters Only) told me the mission isn’t truly accomplished until the girls are married and on their own. Then another DODO told me his job is never really done. The phone will ring and he’ll hear a familiar voice saying, “Daddy, got a minute? I need some advice.”

Whether men have sons, daughters or sons and daughters, I salute them for doing their best to do something that doesn’t come naturally at all. Whether you get a gift or card this year – or not – rest assured you are playing a crucial role in the lives of your children.

In fact, you’re irreplaceable. Nobody will have such long-term lasting impact on the lives of their children than their fathers. Moms are important, but fathers are critical.

This Sunday, as the rest of the planet zips by at light speed, do yourself a favor and pop open your favorite beverage, step outside and lift your glass in toast to all the fathers worldwide who, like you, are part of that great and important mission. Be proud!