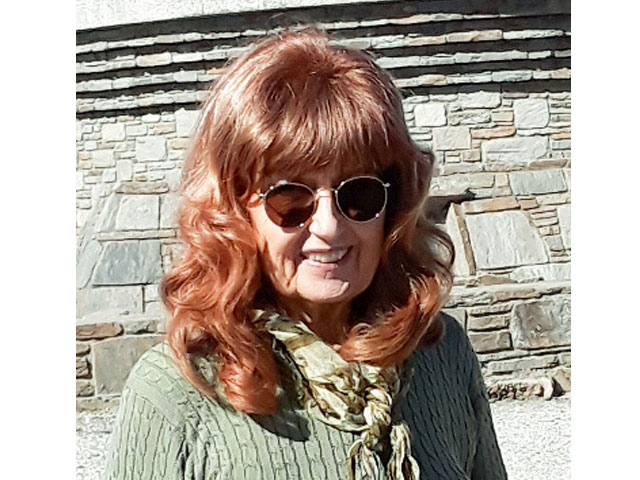 Some people experience debilitating trauma in their lives that works to knock them down and leaves them unable to get up again. Other people, like today’s guest, Janet Black, used that trauma to propel them forward to help others experiencing the same type of pain.

Janet had been sexually abused as a teenager. She wrote about her experience as part of a long-term healing process. She realized there were a lot of books and materials for adults pertaining to sexual abuse, but nothing available for teens and children who had been abused.

So Janet wrote one, but could not find a publisher willing to embrace that taboo subject. As a result, she tucked it away in a drawer and forgot about it.

A nurse by trade, Janet first started delivering babies, then became a family nurse practitioner. Unfortunately, as she got older, she developed fibromyalgia, a medical condition which causes increased pain throughout her body and can also result in cognitive issues as well as sleep problems.

That created a condition known as “fibro fog,” which impacted her memory to the point she stepped away from nursing before she made a mistake that could hurt a patient.

Unable to work as a nurse, she turned to writing, dusted off her old manuscript and decided to publish the book herself. Then she wrote another one about living with fibromyalgia to help others better understand what people afflicted with the illness were feeling and experiencing.

From there, Janet wrote a book about environmental toxins and weight loss before delving in another book about breast cancer. She even collaborated with her husband, who is also a writer, on a fictional bool about a homeless man who decided to change his situation and work his way out of that lifestyle.

For Janet, it feels really good to create something from nothing, especially when it is a book that helps someone else. Doing so almost became an obsession or sense of duty for her because Janet knew she had to do something with her creative energy instead of just sitting around all day doing nothing.

Although Janet has volunteered for different projects in the past, she said it feels even better to know that something she wrote is actually helping to educate people about a topic she’s interested in writing about. She hears from readers all the time how refreshing it was to read something from the perspective of a person who has experienced the same trauma, yet was able to move beyond that point.

At the very least, readers realize they are not alone in dealing with their problem, Janet explained. They are empowered simply by knowing someone else struggled with the same problem, and they are encouraged by just hearing that person’s story.

After having to step away from nursing, becoming an author really helped Janet to feel productive and she no longer harbors feelings of depression brought on by a lack of purpose. She may not make a lot of money writing books, but that’s not the point of her purpose. Janet doesn’t write to get rich, but rather to find fulfillment in her heart and to share her research or personal stories knowing it will impact someone else in a better way.

Janet said retirement doesn’t mean you just quit doing things. It means you identify different things you would rather do instead of whatever you did for a living. It is a time to really open up and explore opportunities. If you have some income, then when you’re retired you usually have plenty of time. Retirement is the ideal time to engage in things you’ve wanted to do for years, but kept pushing to the side.

Today, Janet is in her 70s and still feels called to research and write about topics she’s especially interested in learning about herself. Janet believes she will live well into her 90s, but in order to do that, she must enjoy life and not get stressed out about things. That’s solid advice for everyone considering all that’s going on in the world around us.

People can connect with Janet at www.janetlblack.com. All of her books are available on Amazon.com.

Next week I will be speaking with a retired pastor who helps other pastors prepare for the future by pursing business ideas that create income or expand their sense of purpose. I’ll have that interview on the next episode of the Passionate Purpose podcast. Thanks for listening. If you like this show, please consider leaving a review wherever you download the episodes.