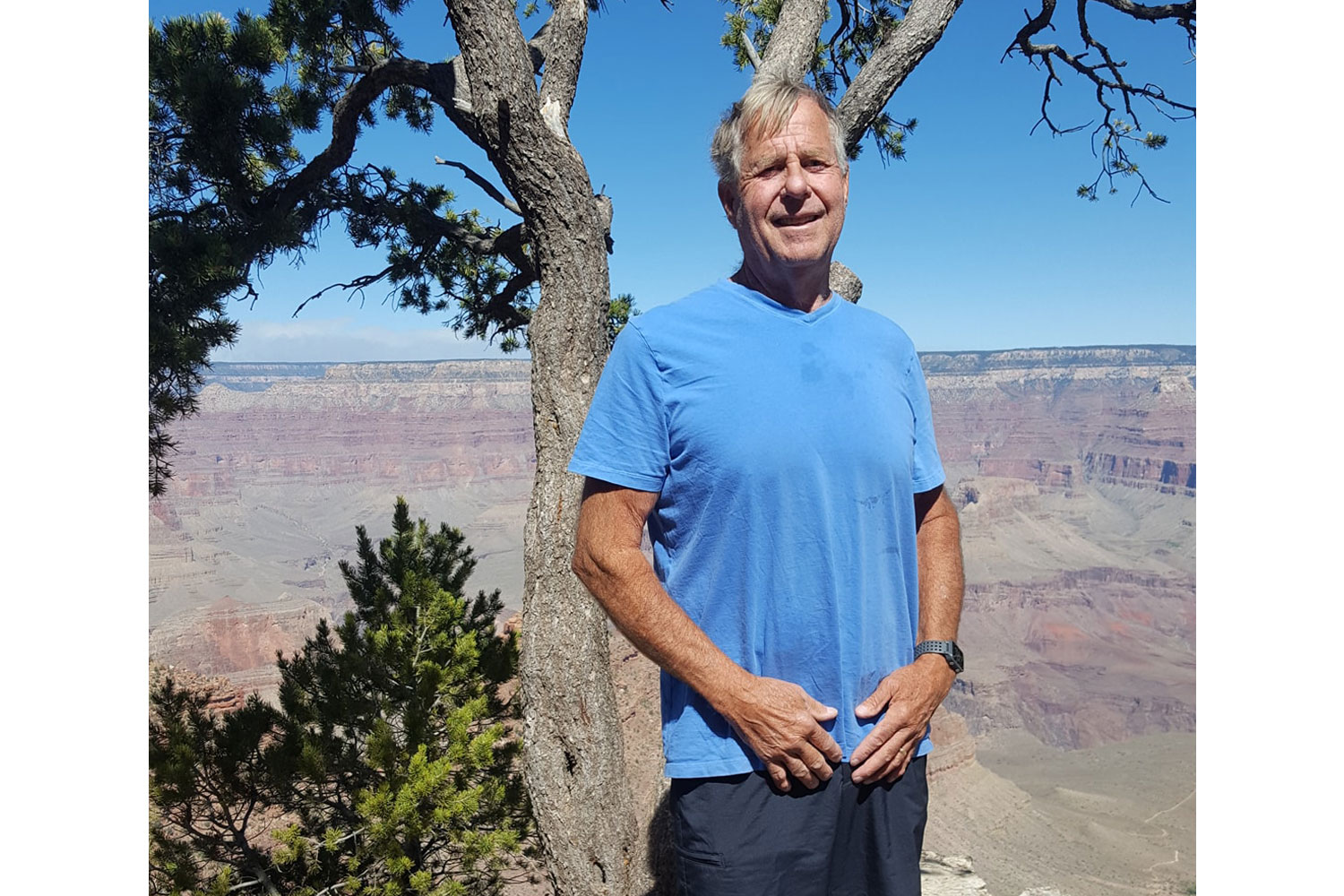 Eric Pearson was not a typical college student when he was growing up in Maryland. It took him 15 years to get his undergraduate degree and another 12 years to earn his master’s degree.

His first professional job was working as a teacher and coach for a prep school. He left that job for a position with Westinghouse, which later became Northrop Grumman, where he wrote technical support documentation while configuring data for the company.

Eventually, he landed a job as a corporate trainer and developed a program to lead younger professionals through a leadership development process.

The program worked. In fact, many of Eric’s students at Northrop Grumman moved on to successful careers at Google, Amazon, Motorola, Honeywell and other major tech firms.

When he retired in 2018, Eric found renewed purpose as a middle school substitute teacher. He read a story in a local newspaper about the desperate need for substitute teachers. So he submitted an application and was quickly approved. The paper didn’t exaggerate. Eric said he could fill in as a substitute every day of the week, if he desired.

Being a teacher today is hard enough. Being a substitute teacher for squirrely middle school children can be incredibly challenging. Yet, Eric finds his demeanor allows him to relate well to his students to the point he can impact their lives even on a short-term basis.

His teaching skills are desperately needed. Due to COVID, he said students pretty much lost two years of education and development, and they are hungry for a return to normalcy. Even worse, when it comes to math, seventh and eighth graders often perform at third and fourth grade levels.

One of my favorite quotes of the interview was when Eric explained, “You may not think you’re getting through to them or having any impact at that the moment. But, later, you discover they really were listening and you’ve influenced the direction of their lives.”

In addition to teaching, Eric also authored a book based on the pain of losing his 14-year-old son who was born profoundly disabled. Titled “Ryan’s Stories: God’s Perfect Child,” it was written from Ryan’s perspective as though he was telling his own life story, even though he couldn’t communicate when he was alive.

His next book was titled “The People You Meet In First Class: When Chance Meetings Become Life-Changing Conversations.” It was based on Eric’s 40 years of air travel experiences both in coach and first class. It showed how chance encounters with people can have significant impact on the trajectories of their lives.

His latest book, “What’s Cookin’: Feeding the Heart and Mind,” was released in January and follows Eric’s life-long pursuit to learn how to cook starting when he was a Boy Scout and continuing until he was an adult on assignment for three years living in a California hotel.

Eric has no plans to slow down any time soon. In fact, he sees retirement as a golden opportunity to share with others all the things he has learned during his life.

To connect with Eric, visit www.facebook.com/eric.pearson.7796.

Next week, I’ll be speaking with a man who worked as a personal fitness trainer until COVID shut down his company. The experience changed the trajectory of his life when he opted to become a mobile service technician at age 57. Ironically, today he has more time off than he ever did while making more than enough money to support his lifestyle.

I’ll have that interview on the next episode of the Passionate Purpose podcast. Thanks for listening. If you like this show, please consider leaving a review wherever you download the episodes.