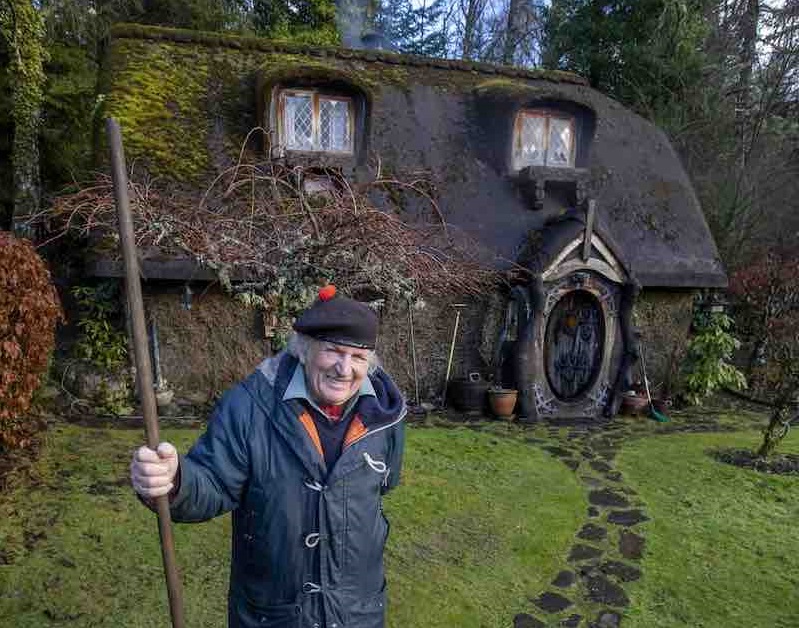 Just after his 55th birthday in 1984, Stuart Grant bought a cottage near Inverness, Scotland, despite it being in near total disrepair. The old shoemaker’s house had no doors, windows or a roof.

Because the quirky building was nearly 200 years old, Stuart thought it would be a fun do-it-yourself restoration project. He lived in a shed next to the house while he worked on refurbishing the structure. However, the more he worked on the building, the more he fell in love with it. When the work was done, Stuart decided to move in and make it his home.

Today, the nearly 90-year-old man still lives in the cottage, which takes advantage of every nook and cranny to display exquisite woodworking projects and other trinkets, a YouTube video showed.

Tourists visit his home by the busload and have left more than $6,000 in donations in a box, which Stuart, in turn, gave away to help other people.

Stuart doesn’t have a mobile phone or use the internet and no longer drives due to his age, but he loves getting out and meeting people, the Good News Network explained.

“I was always a glutton for scenic beauty, beautiful houses, and thatched cottages in England,” said Stuart. “I cut the wood myself from fallen trees and collected stones from the river for the stonework. I put the stairs in. It took quite a few years, I never counted it.

“I just enjoyed doing it so much—I was getting such a buzz out of doing it. I’ll be 90 in less than two weeks but I feel like a teenager,” he added.

The full story is available at Good News Network.

To take a tour of the Hobbit house while Stuart describes his restoration work, check out this YouTube video: