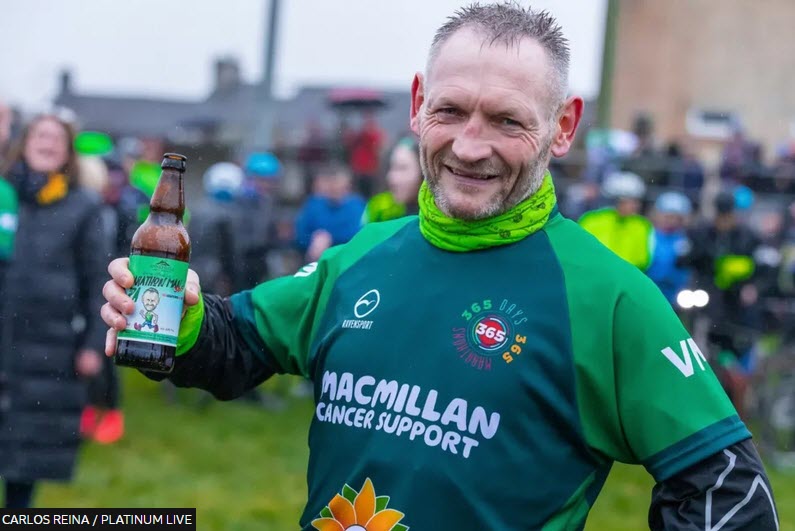 In the blockbuster movie Forrest Gump, the main character is abandoned by his lifelong love and responds by running from Alabama to one American coast and then another because he felt like running.

Gary McKee, from Cumbria, England, did it himself. In fact, he ran the equivalent of crossing the United States nine times in 2022 to raise more than a million British pounds for cancer treatment, the BBC reported.

The father-of-three went through 20 pairs of running shoes during his 9,500-mile trek. He was not running in competitive races. Rather, he was running along a well-defined 26.2-mile route between his home and his office at the Sellafield nuclear site.

As he started his final run, Gary’s goal of raising £1 million was still in doubt. Yet, by the time he crossed the finish line, enough support had rolled in that he had reason to celebrate.

Still, it was a bittersweet moment because running every day, in all kinds of weather, had become his mission and purpose in 2022.

“It’s not the distance,” Gary told BBC regarding why he was a bit nervous. “I’s because it’s the last one. It’ll be a special day. Cancer affects everybody so it isn’t just a west Cumbrian thing, it’s a national thing.”

Gary’s effort was greatly appreciated by the beneficiaries of his charitable act of kindness, the Macmillan Cancer Support and West Cumbria Hospice at Home.

“Gary has not only raised money for two fantastic charities, he has sprinkled magic on the local community and brought people together supporting him with the challenge,” said Hayley McKay, director of funding and communications for the hospice organization.

The full story of Gary’s achievement is available at www.bbc.com.

Sky News interviewed Gary after he completed his final run. Here is that interview:

Photo by Carlos Reina at Platinum Live and published by the BBC.