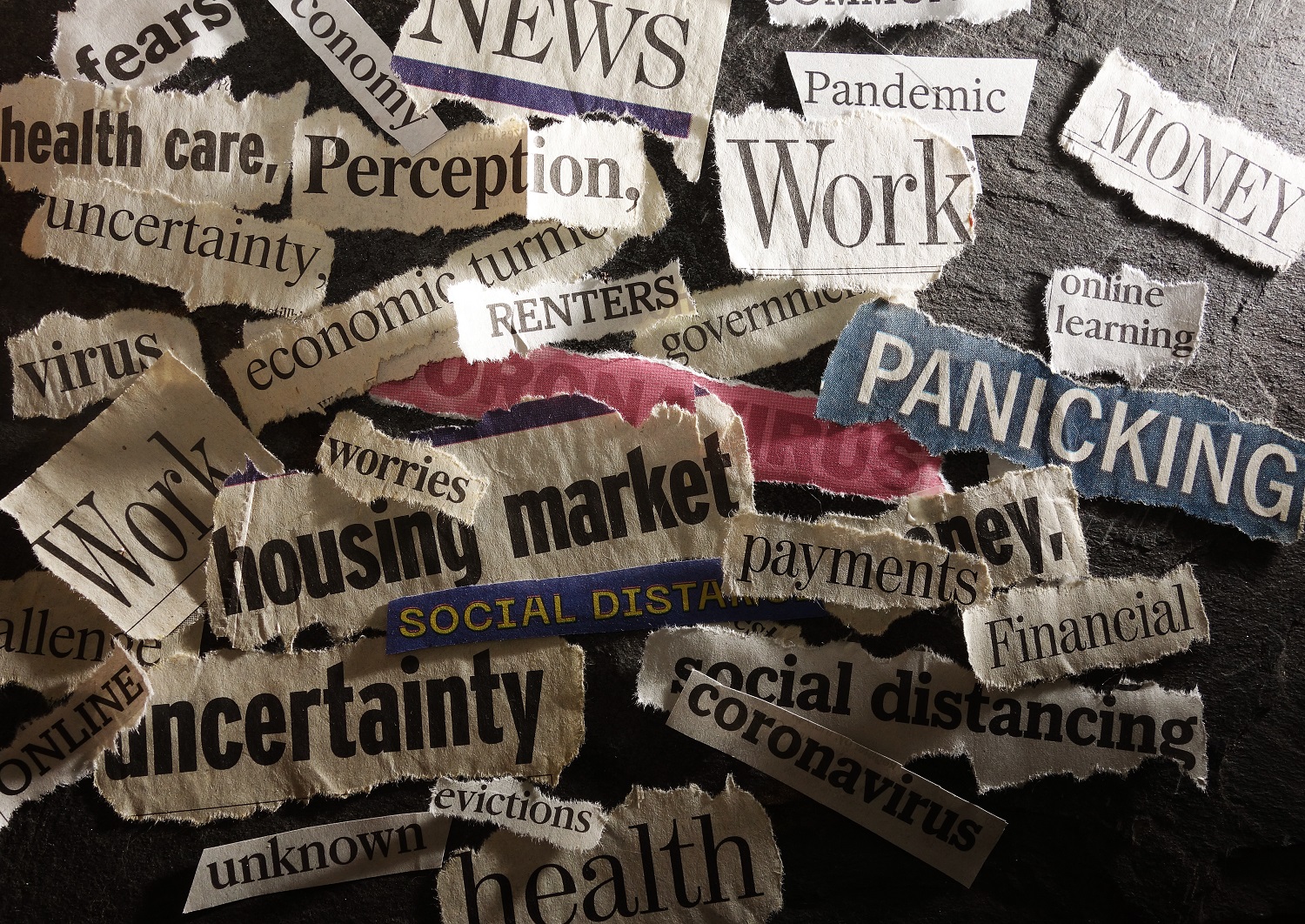 This information is seven years old, but really needs to be disseminated far and wide today.

Researchers Shawn Achor and his wife, Michelle Gielan, reported in Harvard Business Review that just watching three minutes — 180 seconds — of negative news in the morning can leave you feeling depressed and stressed all day long.

It was a remarkable study. The researchers tested 110 people. Half of them watched three minutes of negative news before 10 a.m. That probably involved 99% of the content found on televisions, newspapers and online today.

The second group watched three minutes of solutions-based news, including a video of a 70-year-old man who got his GED after failing the test dozens of times.

Then, participants received an email six hours later asking them to respond to a survey that included psychology metrics to gauge things like their stress and mood.

“Individuals who watched just three minutes of negative news in the morning had a whopping 27% greater likelihood of reporting their day as unhappy six to eight hours later compared to the positive condition,” the journal reported.

The researchers were so stunned by the results, they repeated the test to confirm their findings.

I know people who have literally been destroyed by the media. Once vivacious, fun and optimistic, today they are bitter, angry, fearful, pessimistic people. It is impossible to be around them because it is like walking under a dark cloud, if not a thunderstorm.

I was once one of those people, but this article showed me I still have a long way to go.

Twenty years ago, I would spend hours every day watching television news shows, listening to Rush Limbaugh and reading newspapers. When I realized the impact it was having on my attitude and personality, I cut all that out. However, I still consumed online news, which really isn’t much better.

During the COVID lockdowns, I consumed hours of online news and social media posts as my blood boiled in isolation. It’s no wonder I didn’t see a purpose for my life. So, I started limiting my news consumption. After all, I “need to be informed,” right?

Even though I could do nothing about a situation, I felt compelled to read about it and later engage other people in talking about it.

Here’s the problem. I would limit news consumption to whatever I could read while eating meals. I live by myself, so I wasn’t ignoring anyone else. But, according to the Harvard Business Review article, I was still doing a tremendous amount of damage to myself — especially starting my day by reading 10 minutes of negative news stories.

When I read the journal article, I had a major ah-ha moment. Just looking at my experience this week, by starting my days reading 10 minutes of negative news, it was often after lunch before I would do anything productive. But, I didn’t know why.

Now I do. I was still poisoning my mind and soul with information about issues for which I had absolutely no control. But, the problem goes way beyond influencing attitude, the researchers discovered.

“We believe that negative news influences how we approach our work and the challenges we encounter at the office because it shows us a picture of life in which our behavior does not matter,” the article explained. “The majority of news stories showcase problems in our world that we can do little or nothing about. We see the market dropping 500 points or ISIS poised to attack, and we feel powerless to change those outcomes.

“In psychology, believing our behavior is irrelevant in the face of challenges is called ‘learned helplessness,’ which has been connected with low performance and higher likelihood of depression,” it added.

Shawn and Michelle recommended three things to do to help improve attitude, productivity and outlook on life. The simple measures include:

1. Turn off news alerts — It’s hard enough to try avoiding temptation to consume news without having it pushed in your face by email and smartphone notifications.

“These alerts pull our attention away from the present moment and can lead to decreased performance, as we are distracted from our work,” the researchers noted.

2. Cancel the noise — Turn your brain into a noise-cancelling machine by practicing meditation or sitting, driving and walking in silence.

“It’s hard to tune into the signal of our own lives when we’re bombarded by the noise that surrounds us,” they explained, noting that even muting commercials also works to improve attitude.

I can imagine that’s especially true in the months leading up to an election.

3. Change the ratio — Start your day with empowering, solutions-focused news.

This may be hardest to do because negative news sells, which is why we are fed it shovels full at a time.

“Seek out stories on your favorite news site that are transformative, which means that they empower people with actions steps and potential solutions instead of just focusing on the problems,” Shawn and Michelle suggested.

Here are a few resources I will be exploring in the weeks ahead:

The full story in Harvard Business Review can be read at www.hbr.org.